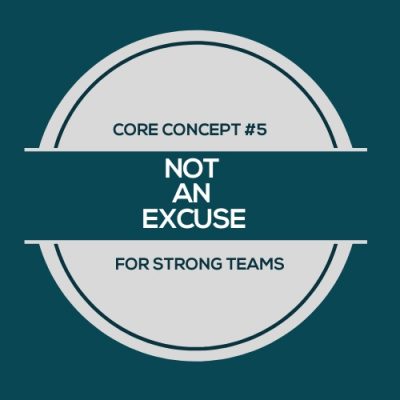 Once in a while, people are tempted to use their strengths like an excuse to avoid work that falls in their weakness zone.

Here are a few examples:

“I’m an Activator and I don't like to wait. I only work on things where I can have a sense of strong urgency."

“I lead through a bunch of Executing talent themes and I like to get things done. And now you're asking me to do some deep thinking and research, and that sounds boring to me. So if you assign me all of those to-do's, you'll be putting me in my weakness zone. I thought you said we shouldn't work in our weakness zone.”

“That just doesn't sound like fun to me. I lead through Positivity and I can't do serious and heavy things for too long.”

But in the world of work, this is not how we can operate. We have to do certain responsibilities that we don't like.

When those kinds of thoughts come up, make sure you're assessing that you can‘t use those as a reason to have bad performance or low accountability—just because of something you don’t like doing.

More importantly, remember that your talents can help you get nearly any result in a strengths-focused way.

As it seems, there are two ends of the spectrum that people end up raising around this concept of excuse:

When it all comes down to it, revenue still has to keep coming in. As a team you still have to get results, or else (eventually) no one would have a job.

Remember: if you're really living out strengths as tools, you believe in high accountability and in getting results.

We all know that it's better to get more time in our strengths zone and fewer minutes in our weakness zone over time. It's always a great idea to shape your job toward that, but it's not instant. It would be unrealistic to believe that you're going to live 100% of every moment in your strengths zone, and that all weakness moments will now be gone forever.

Your Team Challenge for Weakness Zone Work: Plus One, Minus One

Here’s a great exercise to do if you're leading a team. You can also do this as an exercise for yourself. It's a way to think through what you want more of and less of so that you can shape your job in that direction over time. The idea is that weakness zone work is draining. If you can add more strengths-related tasks and remove weakness-related tasks, you're in the optimizing zone.

A few guiding questions to choose from:

Ask them to think of what they would want to subtract. It could be:

Once all members are ready with their answers, you can do a round-robin as a team where you go around the room and every person shares one thing they want to add more of and one thing they would like to get less of.

Sometimes, however, the answers aren't actionable. For example, eight out of ten people might say, “I would like fewer emails.” As a manager, you want to get way more information than that. Prior to a round-robin debrief, another step could help.

Brainstorm First
Give the members of the team two to five minutes to write as many things as they can and as specific as possible under the + side and the - side of their list:

As this is a brainstorming activity, emphasize to them that the objective is just to get as many things written down as possible.

Too Many Answers Shared By Most Of The Team?

Whenever this happens, as it typically does, immediately acknowledge it. For example, if a lot of the team members say something like “too many meetings” or "too many emails," you will want to go a level deeper to get to action.

Tip: Encourage them to share what it is that is draining about that item. One person might say it's that they're always overbooked, and the next person might say that they can't do deep, critical thinking to solve problems. A third person may hate how it keeps their team relationships at the surface level. The detailed answers give you more clues about which part of the problem to attack.

That way, they won’t feel like they're getting dismissed, but at the same time you’re getting some more unique and useful information that you can take action on.

Still, if you hear the same answer many times, then take it as an opportunity to address it like it’s a team scenario.

Then you can do the share-out in a much more insightful way. As the leader, you may throw these questions:

This would be useful information to your team members. They (or you) would be able to recommend situations where each other’s pluses could be called on for. Opportunities to swap tasks or to be honoring each other's talents would surface. Ultimately, they would be tapping one another for something they want to be leaned on for.

For example, one client loved handling escalation calls and no one else on the team liked them. That was a big opportunity to use his strength as a contribution. On another team, a woman loved working at trade shows, whereas her entire team despised the "schmoozey" vibes and talking all day. The trade show-loving teammate got more of what she wanted, and the others got to get rid of work that called on their weaknesses. This is the "plus one, minus one" exercise at work! It's job swapping at its best.

As the leader, set a follow-up 1:1. As soon as your share-out is done, tell your members you’d like to keep their lists so you can dig into them. Doing this will also guide and prompt you to begin assigning them projects that align with their strengths as much as possible.

Remember: It's "strengths abuse" to use cite them as a way to shirk responsibilities. It's unhealthy to use them as an excuse to get rid of accountabilities. It is an opportunity to start talking about the things that either feel like drudgery...and the things that are really life-giving. If you can know these things about each of your team members, imagine how powerful that would be! As you help them align with their internal motivation, your team will also grow and work more wonders. At the same time, it's a process, and it doesn't happen automagically overnight.

A lot of high performers are rarely whiners regardless of what’s assigned to them--even if it’s draining for them. The "plus one, minus one" practice can give them a vehicle for talking about what tends to be less fulfilling for them and what really lights them up.

Excitement and energy for the job are the internal drives that you want on your team. Those can be won over time if you've been having these meaningful conversations where you learn more about them and align with their natural values.

The more you do things with your team using the lens of strengths, the better their collaborative strengths will work toward your business results. 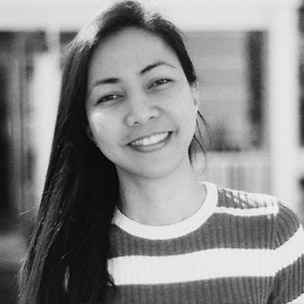 Carmie is a professional writer and editor at Lead Through Strengths. Having spent 8 happy years with a nonprofit child organization as a storyteller and sponsorship relations team manager, she continues collaborating with others across the globe for the joy of human development and connection. Her days are powered by coffee, curiosities, cameras (film and digital), music, notebooks, and a cat. Where books are home, she’s home. She calls her Top 5 StrengthsFinder Talents “CLIPS” (Connectedness, Learner, Intellection, Positivity, and Strategic)–you know, those tiny objects that hold connected things together. She’d like to think she’s one.