In this episode, Lisa tackles the topic of preventing employee burnout. She uses the example of an under-watered plant: if you see the leaves turning yellow, your first thought is to add more water. But sometimes yellow leaves are a sign that the plant is overwatered—by adding more, you’re just drowning it.

In the same way, managers can accidentally make things worse by diagnosing the wrong issue with a team member. The symptoms (like the yellow leaves) can look the same on two different employees, while one is bored and one is over-capacity. In this episode, Lisa shows you how to discern the true causes of burnout and teaches you how to help.

Can Working In Your Weakness Zone Lead To Burnout?

I made a comment in a team StrengthsFinder session the other day. It was that when you find yourself procrastinating on the same task over and over again, it might be a sign that it’s in your weakness zone.

A few faces in the crowd made the lightbulb look. They had this look of, “Whoa, I never even considered that.” Pretty quickly, they started asking about what signs and symptoms to look out for.

There are three important symptoms that are clues you’re frequently working in your weakness zone. Most of us have experienced these personally, so you know what they feel like on the inside. When you’re a strengths champion or a people-leader, it’s tough to watch for these weakness zone issues because your team members will often go to great lengths to not show these symptoms outwardly.

Personally Experiencing These Symptoms: When you think about yourself, it’s easy to notice these signs. You know when you’re personally in a state of burnout or frustration. You know when work is feeling like soul-sucking drudgery, even if you’re trying to not show it on the outside. Sometimes these symptoms can sneak up on you over time, yet once they hit you hard, you know they’re there. Now you simply have to figure out what’s causing it and do something about it.

Watching For Someone Else’s Signs Of These Symptoms: If you’re a people manager or a talent management professional, this gets tougher. That’s because often the same symptoms show up in people who are disengaged out of boredom or lack of care are the symptoms that show up when someone is giving every ounce of energy to the job … only it’s in a weak area, so it sucks the life out of them. 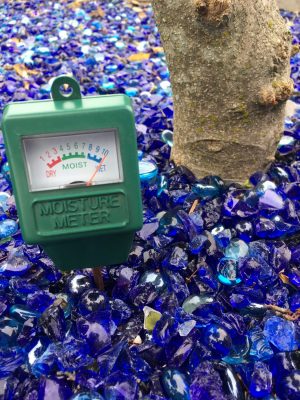 People are kind of like plants in this way. You know how the leaves turn yellow if your plant needs water and is unhealthy? They show the same symptom when they’re overwatered. So you might have a plant that is drowning and you think, “This plant is yellow. It must need water.” So you water it. And it drowns more. It gets worse.

People are the same. They might be soul-sucked from working in their weakness zone. Rather than turning yellow, they turn disengaged. They appear bored or detached. They have less fire and zeal in their attitude. So you find them more work to offer them a challenge. And oops … you were over-watering their weakness zone already. Things will only get worse.

My mother in law helped me fix this with my plants — she gave me a moisture meter. If a leaf is yellow, I can stick a probe in the ground and see if it’s too wet or too dry. Yessss! I stopped killing plants. An easy fix. But what about humans? They’re not that easy. There’s no strengths-zone probe. You have to have conversations to dig deeper.

Let’s look at an example for each of the three symptoms so you can explore the kind of conversations you might lead with your team to uncover these draining weakness-zone responsibilities.

StrengthsFinder Talent Theme for This Example – Activator: This person loves to get projects off the ground. They’re most in flow at the start of something new.

Talent Insulting Situation for Someone Who Leads Through Activator: Fill up this person’s day with red tape, lots of approval steps, surprise vetoes, delays, or “we should do [x] first before we jump into action” type of moments, and this person will be more frustrated than a foodie forced to eat processed cheese for the month.

What To Do To Reduce Frustration At Work: If you have a direct report who is mature and highly accountable, they’re not going to complain and kvetch. So be on the lookout for the tiniest comments about a project that’s eating them up. For example, they may make light of banging their head against the wall.

Even if you can’t assign them fast-moving projects without red tape because you’re in a culture with a lot of bureaucracy, try things like assigning them to the front end of a project and then handing it off to a partner who thinks it’s fun to get to the finish line and use persistence to solve problems. Or, you can keep an eye out for projects that create something new versus maintaining or changing long-standing traditions. People who lead through Activator get a charge when they’re creating momentum. And they get drained when they get stuck or stalled by forces beyond their control.

StrengthsFinder Talent Theme for This Example – Analytical: This person loves to work with facts and data. They’re most in flow when they can use logic to solve problems or bring insights.

Talent Insulting Situation for Someone Who Leads Through Analytical: If you, as a manager, fill up this person’s days with emotional, ambiguous, or un-provable issues, you’ll be killing them from the inside out. They’ll feel as lifeless as a mathematician who tries to logically explain to her 3 year old (for the 97th time) why his tantrum will not yield favorable results.

What To Do To Keep Your Team Members From Having A Soul-Sucking Job: If you have someone calling on talents that run counter to their values, it is going to suck their soul. You can often see this one on people’s faces. When people are performing regular job duties that insult their personal values, they will procrastinate. They will resist. They will roll their eyes. Even if they’re mature and they wouldn’t literally roll their eyes, you can often see subtle signs that show up in comments or body language.

Be on watch so you can open up a conversation that helps them reframe it by approaching the situation through another talent. Or, help them address the conflict constructively so that they can have a productive conversation with the person or team who holds the conflicting value.

StrengthsFinder Talent Theme for This Example – Responsibility: This person loves to keep promises and do things right. It’s an integrity thing for them. They’re most in flow when they use their high accountability to build trust and respect.

Talent Insulting Situation for Someone Who Leads Through Responsibility: If you, as a leader, fill up this person’s days with additional priorities (with no shifting of what’s on his plate or no support to manage the change with stakeholders), you’re putting them on the fast moving train to Burnoutville. You’ll likely find this person working nights or weekends for months on end. They do it to be sure they make good on what they committed to someone else. If you’re not on watch, you’ll find this person feeling more burnt than a crispy piece of wood in the fireplace, yet you you won’t hear them complain.

What To Do To Keep Your Team Members From Experiencing A Burnout Epidemic: These symptoms are easier to spot in yourself. They’re tough to spot in others, especially people who think they’ll just suck it up for a bit because this is what they need to do to be a good employee. When top performers are burned out, they try to keep going. They often use brute force to keep performing because they convince themselves it’s a spike in volume that will settle back down. They’ll stay up later. They’ll skip workouts. They’ll push through.

For “other” employees, burnout is easier to spot because they appear and act disengaged in a way that is observable. That’s easy to see and address. Yet for your top performers, you need to check in more deliberately because they often won’t say anything for months. Unfortunately, I’ve heard way too many stories where burnout led top performers to start a job search in the background because they don’t want to ask for help or appear like a weak performer by bringing up their burnout.

Now you have three symptoms to look for (four if you count procrastination as a bonus symptom). Of course, there are many actions you can take to help people get out of their weakness zone.

Questions To Ask Your Team Members

If you supervise people, this is important to watch for and talk about. Open up the conversation. Talk to your direct reports in one-on-ones about what responsibilities and projects make them feel alive and excited and which ones make them feel dread and stress.

Since your team members will have stronger performance by working in their strengths, consider what can you do to align their work and their thinking with their natural talents?

Want To Implement StrengthsFinder On Your Team?

If you’re thinking about virtual or in-person training to boost your team culture, head on over to our training page to see if our current offerings are a good fit for you. The signature program, Stronger Teams, gives your team a full year of strengths-development!
We use cookies to ensure that we give you the best experience on our website. If you continue to use this site we will assume that you are happy with it. It's a GDPR Compliance thing =)OkRead more